Here's a few means for crafting " random bytes" to speed up your PGP key generation. Smaller  PGP keys can be create in under 10-30secs on a modern PC, but  larger than 4Kb bits could take a considerable amount of time. It's not abnormal to see PGP keys that needs 4-10mins just for creation.

NOTE:  run the above in a  about 3 or more terminal windows on the same host

Now sit back, and drink a cup of cafe. 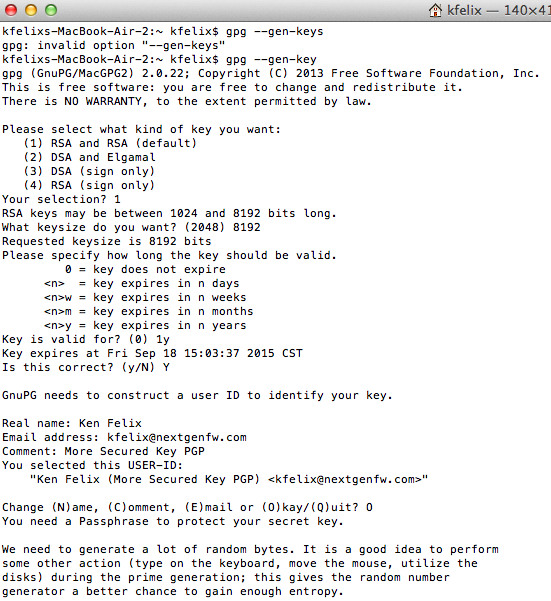